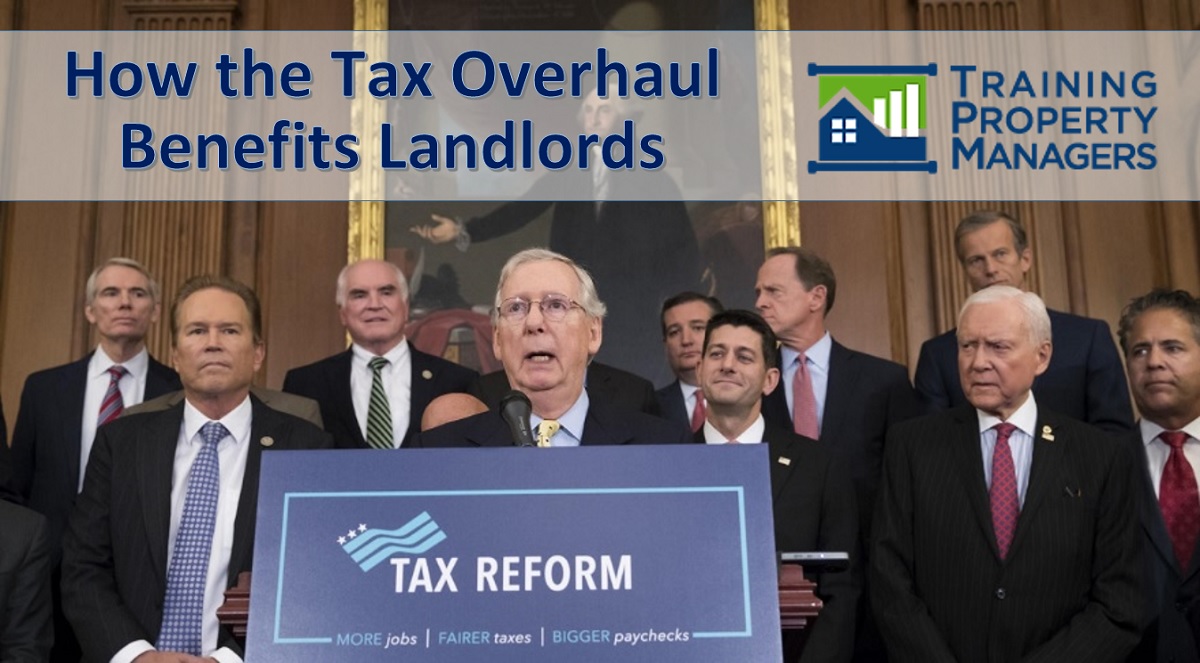 Investors in single-family rental homes see the proposal as a potential boon to business. Just the prospect of the plan, which is still being negotiated on Capitol Hill, has more small investors rushing in.

Unlike owner-occupants, investors in single-family homes can write off all the expenses of owning and running a rental because the properties are considered a business. The vast majority of individual investors use mortgages on the properties. Fannie Mae and Freddie Mac allow up to 10 investor loans per person.

The interest on those mortgages, along with repair and management costs, are deducted from the income the property produces. Investors are only taxed on that income, so by reducing it, the investment acts as a tax shelter. None of that would change under the Republican tax proposal.

The tax plan could, however, drive increased demand for single-family rentals because it will reduce the tax benefits of homeownership. The proposal could eliminate the deduction for property taxes as well as lower the limit on the mortgage interest deduction. That would hit all homeowners who itemize and especially those owners of higher-cost properties in expensive locations. That, in turn, would benefit landlords.

"I think homeowners in those areas, instead of maybe buying up into a different property, will consider investing elsewhere to take advantage of tax shelters available with single-family investing," said Steve Hovland, director of research at California-based HomeUnion, a single-family rental marketplace and management company.

Rental investors may come out ahead in the tax plan from CNBC.

"People that are renting may consider investing into single-family real estate as opposed to owner-occupied real estate just because the tax benefits are so much better."

That is just what Finley Miller, a 34-year-old aerospace engineer in Southern California, is doing. He rents the home in which he lives but recently invested in two single-family rental homes in Atlanta. After putting 25 percent down on the mortgages, Miller said he is seeing about a 15 percent return.

"It's attractive relative to what I would guess that the stock market or other asset classes would do, and I think that will continue to be the case in the foreseeable future," said Miller, who added that he thinks the tax plan could actually benefit the markets where rental investors are most active.

"If it's a competition for businesses to locate in somewhere like Atlanta or Dallas versus somewhere like LA or New York, then maybe it's incrementally more attractive now in those lower-cost areas than it was if this tax plan hadn't gone into effect," Miller said.

The tax plan could also add to some of the issues that are already making homeownership more difficult, namely lack of supply. If the cap on the mortgage interest deduction were reduced from the current $1 million in mortgage debt to $500,000, which is in the House plan, current homeowners would be grandfathered into the original cap. That would give them much less incentive to move, thereby reducing the number of potential homes for sale.

One hit to investors, however, could be a drop in home prices. Investors not only gain income from monthly rent but from the appreciation of the asset. Several housing industry reports have predicted that home prices could drop as much as 10 percent as a result of the tax bill.

Miller agrees that prices could fall in more expensive markets, but most single-family investors don't operate in high-cost areas.

"I just don't think it's particularly likely in the lower-cost markets where most people don't itemize to begin with, and if they do, they're more likely to see a benefit than a hit," Miller said.

The biggest variable will be demand — does it increase or decrease with the tax bill? Republicans would argue that the tax plan will stimulate the economy and put more money in Americans' pockets. That, in turn, could help more young renters buy a home.

But, at the same time that the government is adding fiscal stimulus, it is also raising interest rates, which could make housing even more expensive.

And that is really the issue for landlords. Home prices continue to rise due to a severe shortage of homes for sale. If the cost of homeownership gets even higher, due to the tax bill and/or interest rates, it will be even more difficult for the youngest and largest generation to become homeowners. That means they will rent longer, and landlords will rake in the profits.

Sen. Bob Corker is seeking clarity on how a provision that would benefit people like him and President Trump wound up in the final agreement to overhaul the nation's tax code between Republicans in the House and Senate.

The Tennessee Republican sent a letter to Senate Finance Committee Chairman Orrin Hatch, R-Utah, on Sunday and asked how a provision on pass-through businesses that would reportedly give real estate investors a large tax break wound up in the deal. A reporter had called Corker, he said, alleging that it was a new provision inserted into the bill.

"My understanding from talking to leadership staff today is that a version of this provision was always in the House bill—from the Ways & Means markup, through House floor consideration—and in reconciling the divergent House and Senate approaches to pass-through businesses this House approach stayed in the final conferenced version," Corker said.

Corker's office noted that the senator was not involved in the writing of the legislation and was not a member of the conference committee that crafted it.

"Because this issue has raised concerns, I would ask that that you provide an explanation of the evolution of this provision and how it made it into the final conference report. I think that because of many sensitivities, clarity on this issue is very important and hope that you will respond in an expeditious manner," he added.

Corker announced on Friday that he would back the plan, which is expected to pass both chambers this week.